Annoyed, Nothing of Value, TV/Anime, Whatever, Zankyou no Terror 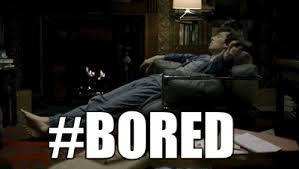 If I want to entertain myself by watching people talk for half an hour, I’ll go rewatch Stand Alone Complex. This is not that. There was nothing redeeming about this episode whatsoever. It dithered about trying to be pensive, foreboding, and tense, but didn’t get close to any one of them. To make matters worse, despite all the nominal “exposition” we got in this episode, none of it amounted to anything that we didn’t already know. Shibazaki gets fired and blackmails some Cliche Corrupt Japanese Politician, whose face looks like they copy-pasted some old Japanese dude’s Facebook profile, to find out that the Japanese government did some Unit 731-type sociological experimentation on orphans. Man, what a scoop! If only this episode had given some real details about anything about the backstory of this setting. If only.

So Hazuki Nagisa the Insane and Aizen Sousuke the Younger finally have some interpersonal conflict that feels incredibly forced and stupid. Why exactly does Twelve care so much about Lisa? This would work had this anime actually spent time developing the relationship between these characters, but it hasn’t. So now, once again, we’re told he cares about her and we’re supposed to accept that. We’re also supposed to be afraid of Gasai Yuno the Evil’s kidnapping of Lisa. How did she know where the terrorists lived? Lisa ran away from home and didn’t tell anyone where she was going. Can you say “plot hole”? Because I can. I can say it a lot. This anime has three episodes left and I can just barely be arsed to keep watching thanks to the sunk cost fallacy.

Ugh, way to waste a two-week hiatus, Zankyou no Terror, not that you were worth much of anything to begin with.