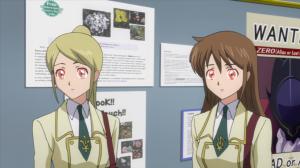 The viewer demographic for Code Geass, in all its glory.