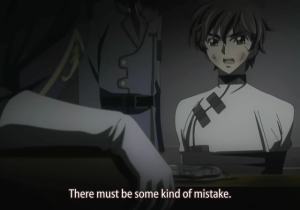 Said your mother when you were conceived.